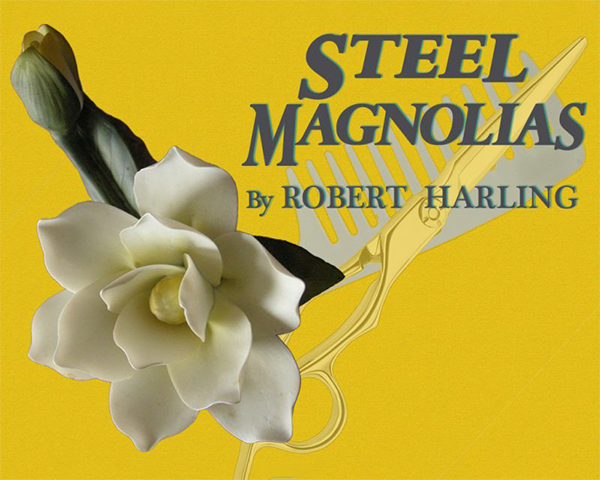 The Embassy was originally built as a movie house in 1931 – and now restored as a place in the community for live productions, music, special events, movies, private parties and more.

The play opens with discussion of Shelby’s wedding day to her fiancé, Jackson, in the fictional northwestern Louisiana parish of Chinquapin at Truvy’s in-home beauty parlour where the women regularly gather. It covers events over the next three years with Shelby’s Type 1 diabetes and how the women interact at times with conflict but in the end resolved friends: Shelby’s decision to have a child despite the complication that could result from her condition, Clairee’s friendship with the curmudgeon Ouiser; Annelle’s transformation from a shy, anxious newcomer in town to a good-time girl then repentant revival-tent Christian; and Truvy’s relationships with the men in her family. Although the main storyline involves Shelby, her mother M’Lynn, and Shelby’s medical battles, the underlying group-friendship among all six women is prominent throughout the drama.

At both performances, there will be a raffle of a Cuppa Cuppa Cuppa Cake – referred to in the “Steel Magnolias” film starring Dolly Parton, Sally Field, Shirley MacLaine, Olympia Dukakis, Darryl Hannah, and Julia Roberts.

All events and productions st Embassy Theatre are supported in part by Maryland State Arts Council and the City of Cumberland.

Scroll back to top
X