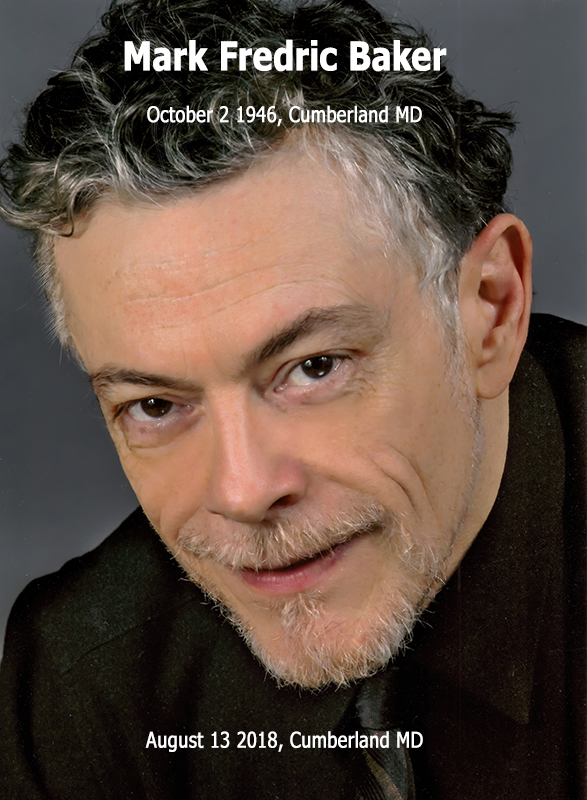 Mark made his professional acting debut portraying Linus in You’re a Good Man, Charlie Brown in the 1968/69 Washington DC. National Company.This cast was chosen to do a command performance at the Lyndon Johnson White House. In November 1971, Baker appeared at the Mercer O’Casey Theatre playing the Boy in Love Me, Love My Children.

Baker appeared on Broadway in 1974 in the title role of Candide, a performance which earned him a Theatre World Award and a nomination for the Tony Award for Best Featured Actor in a Musical.

In 1976, Mark Baker appeared in the romantic adventure film Swashbuckler. The following year, he supplied the voice acting for Raggedy Andy in the animated film Raggedy Ann & Andy: A Musical Adventure. Mark served as assistant director to Ken Russell in the 1977 film Valentino.
Mark appeared as Otto Kringelein in the Broadway international tour of Grand Hotel at venues throughout America, Canada and Japan, and received a Helen Hayes Award for his performance at the Kennedy Center.

Other venues at which Baker has performed include The Public Theater and what was then referred to as the Martin Beck Theatre. More recently he appeared on a studio recording of George Gershwin’s Tip-Toes in 2001.

Mark spent the last two decades of his life devoted to the revitalization of the Embassy Theatre in his hometown of Cumberland, Maryland, overseeing the operations of the Embassy.

Audra McDonald, Lin-Manuel Miranda and Joe Mantello on a versatile...

We regret that we must postpone our performance of Shane Riggs' Confessions From The Ladies Room until November, when we open on the November 6th and play six shows till the second matinee November 15th.

At our spring benefit Speakeasy Casino Night, patrons will be gambling with Baker Bucks. Featured on the $20 bill is Dana Paul Baker. Born August 17, 1950, in Cumberland, he was the son of Paul Baker and Aretta Sue (Swayne) Warhaft, and half-brother to Mark Baker. After serving in Germany during the Vietnam War, Dana graduated from Temple University. After a stint doing technical theatre at Mountain Playhouse, he worked as an engineer, software programmer and project manager for a variety of venues. Dana served as the President of the board for the Embassy from 2009 through 2012. He brought his project management skills to bear on a reorganization of our business, and was responsible for the inauguration of the formal positions of Executive Director and Artistic Director. He enjoyed retirement as a film and theater technician for the ArtsQuest SteelStacks in Bethlehem, PA. Our Speakeasy Casino Night takes place on Saturday, March 28, and will be hosted by Mayor Ray Morriss. Show your support by purchasing your ticket at https://www.eventbrite.com/e/speakeasy-casino-night-tickets-94215604409.

We've come a long way in the past 22 years. Show your support by attending our Speakeasy Casino Night on Saturday, March 28. Get your ticket at https://www.eventbrite.com/e/speakeasy-casino-night-tickets-94215604409.

Scroll back to top
X